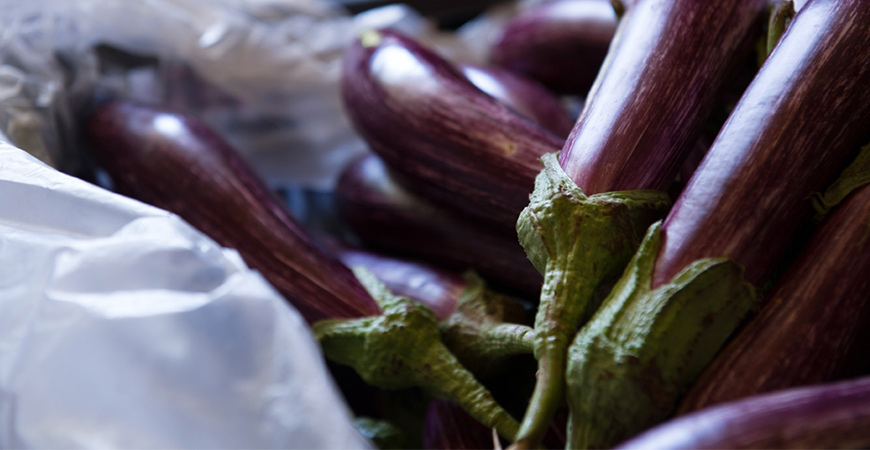 The typical local product is the famous Tsakonian eggplant, which is being farmed for many decades now in a traditional way and with a lot of care from the local producers.

The Tsakonian eggplant – which grows earlier than the other eggplants – is the only eggplant that tastes sweet thanks to its seed, the special features of this land and the microclimate of the area.

It surface is smooth and shiny. Its color is purple with stripes of light purple. Its length may reach 20-25 centimeters and its diameter 4-6 centimeters.

It’s being farmed in the same way until this day. The seed is taken from the eggplants and kept by the producers. It is dried in the sun and then used in the next farming.

Its fruit is used in many combinations both in cooking and confectionery – eggplant sweet preserve being the most popular.

Since March 1996 it is included in 317 European products of Protected Designation of Origin (PDO) granting Leonidio’s producers with the exclusive farming of this eggplant variety under strict specifications.