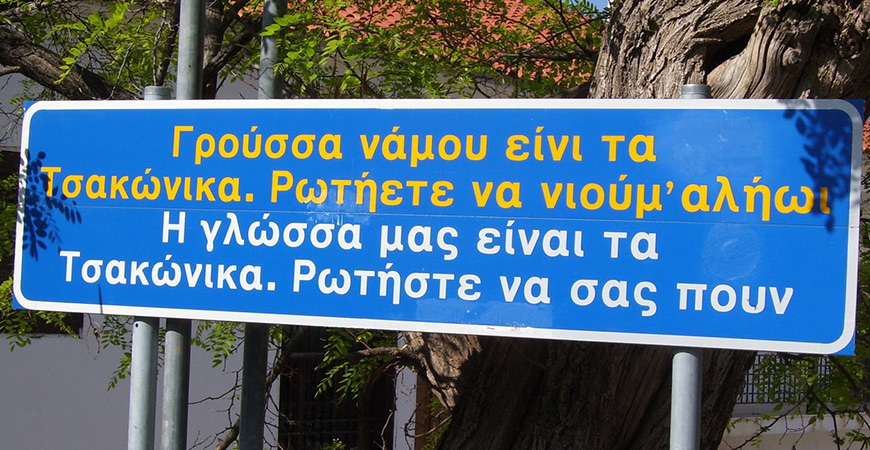 Our language is Tsaconic. Ask and you will be told.

Tsaconic is what has survived of ancient Laconic and the only idiom coming from ancient Greek dialects which has remained alive in Greece.

The Tsaconic dialect is considered one of the most ancient in the world. Its age and origins were proven by the great German philologist Michael Deffner. Many studies have been carried out by both Greek and foreign scientists and linguistics experts. One of the first was the French H. Pernot, who has published his studies in the book Introduction to the study of the Tsaconic dialect.